The continued growth in the use of diesel exhaust fluid (“DEF”) in Tier 4 Final machines means that contractors must familiarize themselves with the special care required for the emissions-compliant engines.

Since 2014, most off-road diesel engines sold in the United States have been built to meet strict emissions standards known as Tier 4 Final. With these regulations, the EPA set its sights on reducing two exhaust pollutants: particulate matter and nitrates of oxygen. Particulate matter is soot that previously came out of the exhaust untouched, while the nitrates of oxygen are a main ingredient in smog.

DEF is needed to meet Tier 4 Final standards, with the fluid being injected into the exhaust stream to convert pollutants into water, oxygen and nitrogen. Machines requiring DEF will have an extra tank with a blue cap on it. The equipment also has an indicator light informing the operator of when more DEF is needed. It’s recommended to add DEF every time diesel fuel is added. Watch Carter’s short video on how to keep your Tier 4 Final machines functioning properly, for more information.

It’s of the utmost importance to maintain the purity of your machines’ DEF, as just 1/10th of a teaspoon of a metal, such as nickel, copper or zinc, can contaminate a 5,000 gallon tank. Small amounts (two teaspoons or less) of other contaminants, including iron, calcium, potassium and sodium, can also ruin your machine.

These trace metals can build up in the exhaust catalyst, compromising the system and leading to problems such as:

There are a number of ways to keep DEF clean. Avoid contaminating your tank by doing the following:

• Use DEF-safe containers: Standard pump fittings and components contain metals that can contaminate DEF. Use stainless steel or high-density polyethylene containers.
• Monitor storage conditions: Avoid storing DEF in direct sunlight or extreme heat and cold. In cooler climates, DEF’s shelf life is 18-36 months. In warmer climates, expect it to last 12-18 months.
• Don’t use antifreeze: Some additives claim to prevent freezing, but they are not officially sanctioned by the American Petroleum Institute and can actually harm your system. (Note: DEF freezes at 12 degrees Fahrenheit. While freezing does not contaminate DEF, you must wait for it to thaw before using it.) 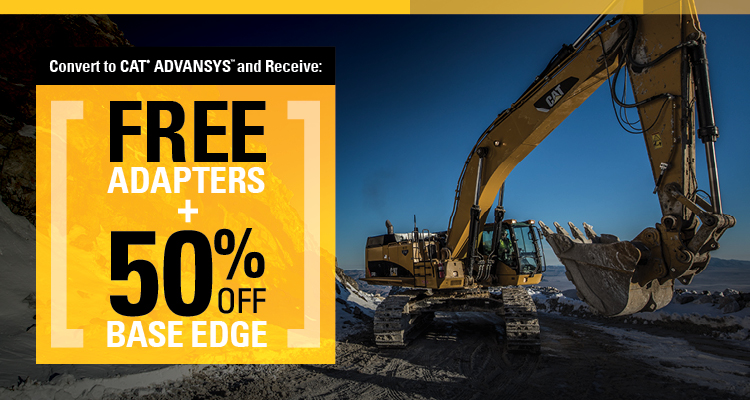 Convert To Cat® Advansys™ & Save

Cat® Advansys Ground Engaging Tools are a system of tips and adapters designed for the most demanding applications. Whether for your wheel loader or excavator, take advantage of free adapters and 50% off base edge replacement when you convert to Advansys today. 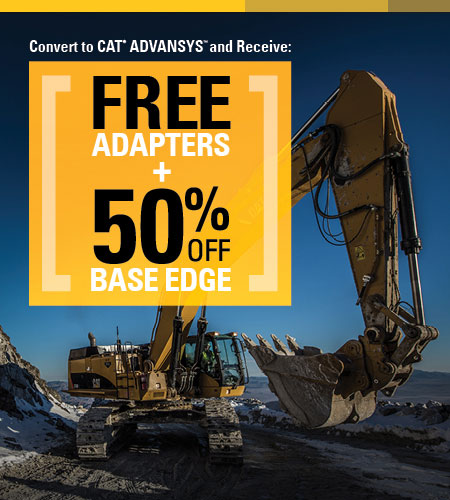 Subscribe
Payment Calculator
Payments calculated using this tool are estimates only and do not include applicable taxes, insurance, and other fees. Actual prices, interest rate, and payments may be different. Financing payment calculations are based on APR and term. Actual payment and terms are subject to approved credit with Cat Financial Services Corporation or other funding sources. Not all customers will qualify.