Liesfeld Contractor’s impact on central Virginia’s landscape over the last six decades is indisputable. As a leader in site preparation – and celebrating its 50th anniversary this year – the company has worked on many of the region’s highest profile development projects. In all, Rockville, Virginia-based Liesfeld has more than 1,000 projects to its credit since the company’s founding in 1972 by Joseph E. Liesfeld, Jr., as a sole proprietorship.

Liesfeld representatives, however, are quick to point out that they didn’t do it alone. The Carter Machinery team has been with them every step of the way, beginning in 1972 with the very first piece of equipment Joseph Liesfeld, Jr., purchased.

“When I started the business in 1972, I was looking for a machine that did the job of several machines, and that machine was the Cat® 951C tracked loader,” Liesfeld, Jr., explains. “It cost $33,300, and could do several different jobs with its 4/1 bucket, including clearing, grading, stone placement, loading trucks with logs, and so on, and even today it’s still one of my all-time favorite machines. It helped build Liesfeld’s foundation when we were a small-site contractor, and from there, we expanded to the numerous other types of Cat equipment we use now on jobsites.”

GROWTH THROUGH THE YEARS

As Liesfeld built the reputation it enjoys today for delivering quality site projects on time, within budget, and to specification, they continued to look to the Carter team for their equipment needs. In addition to purchasing several large machinery packages over the years, they also bought a Cat 365C that was – in 2008 – one of the largest excavators in use by a site contractor in central Virginia. That machine worked on several high-profile Liesfeld projects, including mining operations and at a large-scale utility installation. One of the company’s most recent purchases from Carter is a Cat 963K track loader. With a price tag north of $400,000, it’s a big leap when compared to the cost of Leisfeld’s first track loader, although this one does come with an enclosed, climate-controlled cab.

Included in the solutions Carter provides to Liesfeld are the block Field Service Technicians who are integral to their service department and help keep the machines performing at their peak with parts, diagnostics, condition monitoring, preventive maintenance, and service.

“When a machine goes down, we expect it to be repaired quickly,” says Joe Liesfeld, III, the founder’s eldest son. “The Carter team’s been committed to always making that happen over the years, and we both admire and appreciate them and what they’ve done for us and with us since the beginning.”

LOOKING TO THE FUTURE

Today, Joseph Liesfeld, III, serves as a Corporate Vice President and manages the company in all respects, including its growth into a full-service, commercial site-preparation contractor with approximately 100 employees and 100 pieces of owned or leased heavy earthmoving machinery. Together, they provide site-preparation support for transportation and land development projects throughout central Virginia, offering clients total site packages that include clearing and grubbing, erosion control, earthwork and grading, storm sewer, sanitary sewer, water, site concrete, stone base, and asphalt paving. In 2018, that business expanded to dry utility installations for duct banks for both electrical and telecommunications. “On behalf of Carter Machinery, I want to congratulate the Liesfeld’s and all the team members at Liesfeld Contractor on the company’s 50th anniversary, and for the highly successful business they’ve built and continue to expand,” says Drew Parker, CEO of Carter Machinery. “The Carter-Liesfeld relationship has deep roots that have only strengthened since 1972, and we look forward to this mutually beneficial partnership continuing to grow for another 50-plus years and beyond.” 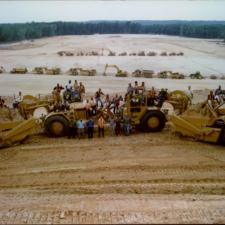 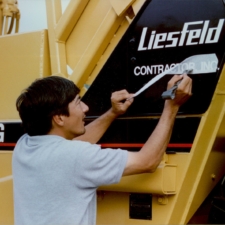 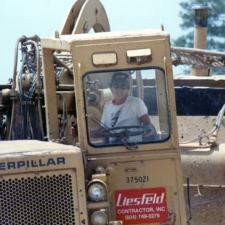 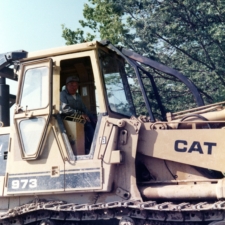 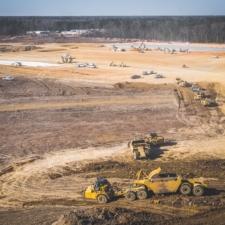 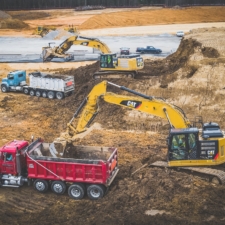 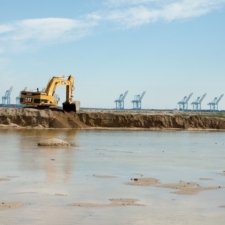 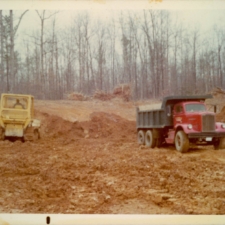