PRINCETON, W.V. – January 24, 2022. Nathan Riddle, a 92-year-old former bulldozer operator and machine technician, recently realized a dream of seeing one of the largest bulldozers on the market today – the Cat® D11 – with a little help from his friends at Carter Machinery.

As a contractor, Riddle helped build many area highways – including Virginia’s I-81 – while operating what was then Cat’s largest dozer, the D9. Later in his career he joined Carter Machinery’s predecessor, the Virginia Tractor Company.

“Back in the 1960’s that was the monster, and with the D11 being Cat’s biggest dozer today, dad always wanted to see one,” his son, Tim Riddle explains.

The opportunity to make Nathan’s dream a reality occurred after a chance meeting between Tim Riddle, and Carter Machinery CEO Drew Parker.

“I shared my dad’s story with Mr. Parker, and just asked if there was any way he could help him see a D11,” Tim Riddle recalls.

Thanks to a team effort, several weeks later Nathan Riddle finally sat atop a D11 stationed at a Carter customer’s West Virginia coal mine. He would later make a second visit to Carter’s Princeton, W.V., location where he toured the facility, talked with team members, and received a framed photo showing him standing atop the D11.

“I think seeing the D11 was a bucket-list item for him, and I’m glad we could help make it happen,” says Brent Peyton who works at Carter’s Princeton store in Product Support Sales. “It was a great day.” 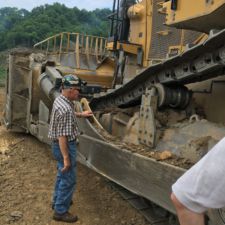 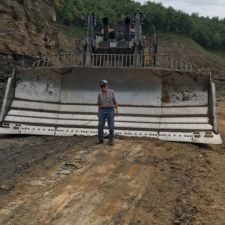 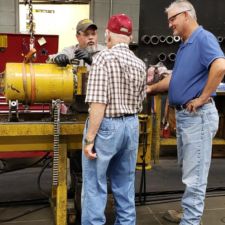 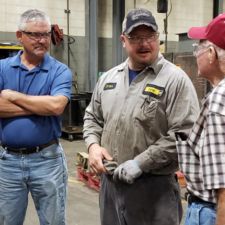 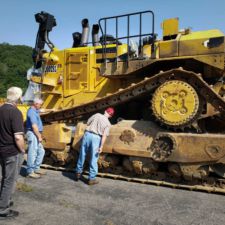 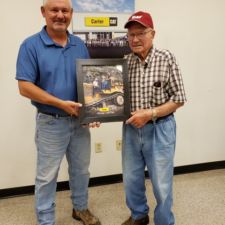 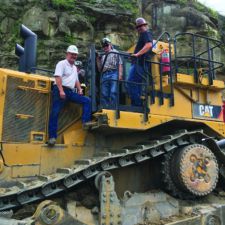